Popular Styles of Homes for Sale in Coto De Caza

Looking at homes for sale in Coto De Caza isn’t hard if you know what you want. Not everyone does their research before going out and looking for a home. Figuring out your top styles of a home will significantly reduce the amount of time you will spend looking at homes that you won’t be happy with.

The types of homes out there all have their perks and pitfalls. Just how smaller homes are more energy efficient but have less space, different styles are better suited for your needs than others. Many of the styles came from a historical origin, and others serve a purpose for the environment they were created in.

We’ll talk about some common styles and why you should be considering them for your next home purchase! 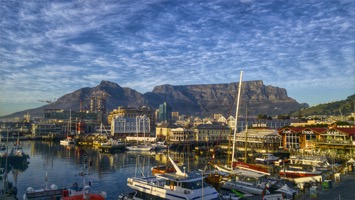 Now, this may seem a little out of place seeing as it is named for a style of home made popular on the other side of the country, but it’s the beautiful design that makes it suitable for Southern California as well. Many sought after homes for sale in Coto De Caza are actually considered this style.

Cape Cod style is known for having steeply slanted roofs and larger than average chimneys. This was inspired by cottages but adapted for the harsh winters in Cape Cod way back in the 1600’s. The purpose of the original design may not be necessary in SoCal, but the other features make it an attractive style to build anyway.

Tons of windows! Windows both on each side of the door, and directly above them on the second floor. They are also known to have cedar shingles, but that isn’t absolutely necessary to be considered a Cape Cod.

If you’re looking for a home that feels quaint while never skimping on space, you should consider the Cape Cod style in your search.

Contemporary homes are very well-liked and actually different from the Modern style homes. While they are similar in aesthetics, the contemporary style is fit for the future.

Contemporary homes for sale in Coto De Caza are going to be much more energy efficient than their Modern counterparts. They will utilize windows intuitively for getting the most out of the sun’s natural lighting. They will also use the newer technologies in lighting, plumbing, and possibly even allow for the addition of solar panels.

In addition to being energy efficient, they are built with more eco-friendly and sustainable materials. Being contemporary basically means using safer quality materials that will save you a lot of money down the road.

While Modern and Contemporary have several similarities in the way they look, both internally and externally. The difference comes down to whether you want to pay a little more for a more earth friendly home built with nontoxic materials.

We think that going Contemporary if you’re leaning in that direction, is an excellent choice that may just make you money if you decide to sell in the future. Many home sellers have to do costly repairs before the home is ready, but you might save yourself the trouble by going with the more sustainable materials.

Unlike the Pueblo Revival style, which is inspired entirely by the indigenous natives of Northern and Southern America, the Spanish style pays homage to European ancestors. The Spanish style does incorporate a bit of the Native American architecture and blends them with a Mediterranean design.

The bulk of the Spanish style best resemble the old missions, of the 20th century. They usually have arched porches, arched corridors, clay roof tiles, bell towers, and square pillars.

This is one of the best parts of the style because so much can be done with these types of windows. If you’re looking for a little inspiration, you can take a look at examples from history by googling it. This kind of window was very popular in older European churches, and many still stand today! 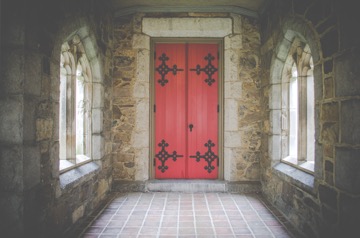 We’ve covered a few of our favorites, but there are so many other home types out there to choose from. If you’re still trying to figure out what styles of homes for sale in Coto De Caza are right for you, please call us at 949-350-0146 or email us at Debrakovacs@cox.net and we can give you more information on everything this beautiful town has to offer!